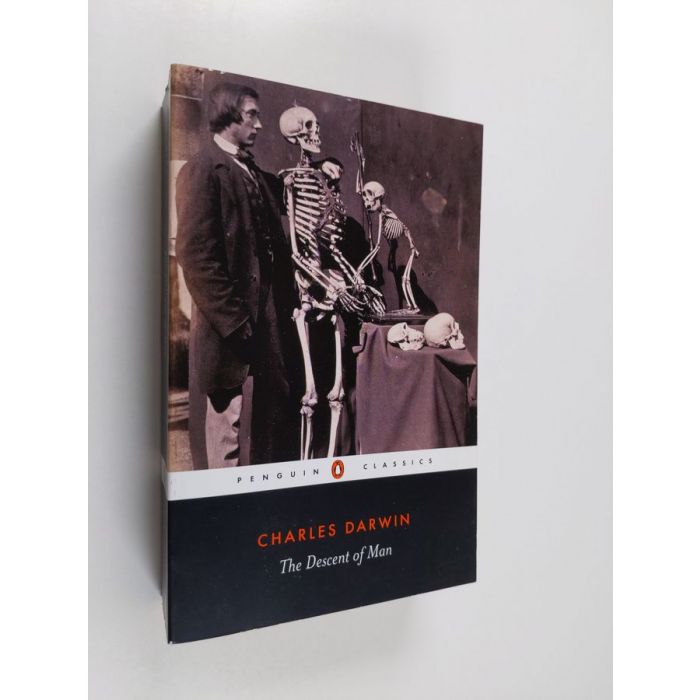 Charles Darwin : The Descent of Man

Applying his controversial theory of evolution to the origins of the human species, Charles Darwin's The Descent of Man was the culmination of his life's work. In The Origin of Species, Charles Darwin refused to discuss human evolution, believing the subject too 'surrounded with prejudices'. He had been reworking his notes since the 1830s, but only with trepidation did he finally publish The Descent of Man in 1871. The book notoriously put apes in our family tree and made the races one family, diversified by 'sexual selection' - Darwin's provocative theory that female choice among competing males leads to diverging racial characteristics. Named by Sigmund Freud as 'one of the ten most significant books' ever written, Darwin's Descent of Man continues to shape the way we think about what it is that makes us uniquely human. In their introduction, James Moore and Adrian Desmond, acclaimed biographers of Charles Darwin, call for a radical re-assessment of the book, arguing that its core ideas on race were fired by Darwin's hatred of slavery. The text is the second and definitive edition and this volume also contains suggestions for further reading, a chronology and biographical sketches of prominent individuals mentioned. For more than seventy years, Penguin has been the leading publisher of classic literature in the English-speaking world. With more than 1,700 titles, Penguin Classics represents a global bookshelf of the best works throughout history and across genres and disciplines. Readers trust the series to provide authoritative texts enhanced by introductions and notes by distinguished scholars and contemporary authors, as well as up-to-date translations by award-winning translators.